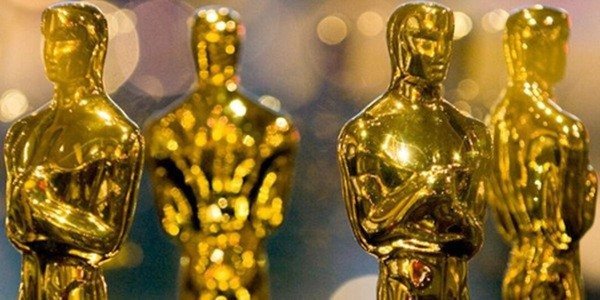 The 93rd Annual Academy Awards premieres tonight, albeit about two months late due to Covid. Even though it’s late, thankfully we are still able to have the awards show, so I can do the thing I’m best at: predictions. That being said, this may be the most unpredictable Oscars ceremony in years. Either way, I’m still going to try to be as accurate as possible, so here are my 93rd Annual Oscars Predictions. (Note: I make two “predictions” for each category. The picture or performer I think will win is my official prediction (“Will Win”) and the picture or performer I want to win is just my personal opinion (“Should Win”).

“Ma Rainey” just feels like it’s the obvious winner in this category. The makeup and hairstyling, especially on Viola Davis, is very flashy, but also very well done. While I think there’s a chance “Pinnochio” and maybe even “Elegy” could pull off the upset, I feel confident picking “Ma Rainey,” and it deserves the win.

“Trial of the Chicago 7”

“Sound of Metal” seems like it is going to be the technical awards darling at the Oscars, and rightfully so. The film is very well put together, and it’s hard not to notice the spectacular editing when you watch it. The other potential winner is “Trial of the Chicago 7,” which also has some amazing editing. It’s a neck and neck race, but I think I’m going to give the edge to “Metal.”

Will Win: “Sound of Metal”

Should Win: “Sound of Metal”/”Trial of the Chicago 7”

“The One and Only Ivan”
“Tenet”

When I saw “Tenet,” I really liked it, and I’m honestly surprised it’s not more of an awards season juggernaut, but if there’s one award it definitely deserves, it’s best visual effects, and I think it’ll get it. The practical effects Christopher Nolan uses in his films are always incredible, and “Tenet” is no exception. I expect it to easily win this award.

“Fight For You” from “Judas and the Black Messiah”

“Hear My Voice” from “The Trial of the Chicago 7”

“Husavik” from “Eurovision Song Contest: The Story of Fire Saga”

“Speak Now” from “One Night in Miami”

I think Odom Jr. has the best chance to take this award for “Speak Now.” It’s such a fantastic song, and is the only song out of all these nominees that I consistently listen to. That being said, as a lot of other awards shows have shown, this category is a coin flip, so it could be any of these songs.

“Feeling Through”
“The Letter Room”

I’ll be honest, I haven’t seen any of these short films. Hopefully I’ll get the chance to see them at some point. However, my research (which is just me googling “who will win”) has led me to the conclusion that “Two Distant Strangers” will win, so, I’ll go with that.

“If Anything Happens I Love You”

The frontrunner here seems to be “If Anything Happens,” and rightfully so. It is a beautifully told story with such a heartbreaking theme at such an important time for that message. It impacted me and brought me to tears in only 12 minutes, so it absolutely deserves the award, and I think it gets it.

“News of the World”

I mean, come on, the film literally has the word “Sound” in the title. As I said earlier, “Sound of Metal” will likely take home quite a bit of the technical awards, and that includes the sound award, and it totally deserves to.

Will Win: “Sound of Metal”

Should Win: “Sound of Metal”

This is another category that seems almost too perfect for “Ma Rainey” to not win. While I think both “Emma” and “Mank” have a shot, the costumes in “Ma Rainey” are just as fantastic as the makeup, so I think it pulls off a win in this category as well.

Dariusz Wolski, “News of the World”

Phedon Papamichael , “The Trial of the Chicago 7”

While I don’t love “Nomadland” as much as the Oscar voters probably do, the one aspect of the movie that I really enjoyed was the Cinematography. The shots in this film are beautiful and really capture the beauty of nature in such a perfect way. One potential upset would be “Mank,” but I like “Nomadland’s” chances.

“News of the World”

“A Concerto is a Conversation”

“A Love Song for Latasha”

Once again, I have seen none of these, so I just had to Google the awards favorite. For this award, “Concerto” seems to be the frontrunner, so I’ll go with that.

Will Win: “A Concerto is a Conversation”

Should Win: “A Concerto is a Conversation”

My research has shown that the favorite for this category is “Octopus Teacher,” so I’ll pick it to win, and because of the amazing title, I’ll also make it my should win.

Will Win: “My Octopus Teacher”

Should Win: “My Octopus Teacher”

“The Man Who Sold His Skin”-Tunisia

The only one of these films that I have seen is “Another Round,” and it was fantastic, and given the fact that it was also nominated for Best Director, I think that makes it almost a lock to win this category.

“A Shaun the Sheep Movie: Farmageddon”

There’s no question here, “Soul” is 100% winning this category, and it absolutely deserves to. It was my second favorite film of 2020, and it totally deserves all the recognition it is getting, because it was a masterpiece.

“One Night in Miami”

With “Nomadland” expected to win a lot of the big awards, I think there’s a chance that awards voters decided to share the wealth, and will give this award to “The Father.” I really don’t have a personal favorite in this category, but I will say, I’d like to see “One Night in Miami” take home a major award, but I think it will be “The Father,” but “Nomadland” is a strong possibility.

Will Win: “The Father”

Should Win: “One Night in Miami”/ “The Father”

“Judas and the Black Messiah”

“The Trial of the Chicago 7”

While a small part of me hopes and thinks that “Judas” can pull off the win here, I’d be stupid to not pick “Chicago 7,” which is an equally deserving winner. Aaron Sorkin is the best Screenwriter working today, and he didn’t miss a step with the script for “Trial.” It is a fantastic script and deserves the win it is probably going to get. If there is a potential upset, “Promising Young Woman” has a shot.

Will Win: “The Trial of the Chicago 7”

Should Win: “The Trial of the Chicago 7”/ “Judas and the Black Messiah”

This category used to be very hard to predict, but recent awards shows have made it very clear that the winner will be Yuh-jung Youn. While I have no problem with Youn winning, I was more of a Bakalova and Seyfried fan. Maria Bakalova burst onto the scene in “Borat Subsequent Moviefilm” and was the comedic equal of Sacha Baron Cohen, which is not an easy task to pull off. As for Seyfried, I think she is a great actress that doesn’t get the recognition she deserves, and her performance was one of the few parts of “Mank” that I actually enjoyed. But this is truly Youn’s category to lose.

Best Actor in a Supporting Role:

Sacha Baron Cohen, “The Trial of the Chicago 7”

Paul Raci, “The Sound of Metal”

Will Win: Daniel Kaluuya, “Judas and the Black Messiah”

Should Win: Either of the “Judas and the Black Messiah” Actors

Chadwick Boseman is going to win this award. His performance in “Ma Rainey” was phenomenal, and unfortunately because of his untimely death, this is the last chance awards voters will ever have to honor him. Chadwick had such an amazing career ahead of him, and it’s a true shame that we will never get to see what he was going to do next. I am very happy that Boseman will win this award.

Best Actress in a Leading Role:

Vanessa Kirby, “Pieces of a Woman”

This is the most confusing category of the whole night. Any one of the amazing women in this category could take home this award. I think it’s a toss up between Davis and Mulligan, and I lean towards Mulligan as both by “will win” and “should win”.” Mulligan’s performance is my favorite out of this group, and because “Promising Young Woman” won’t be getting too much love in other categories, I think it has a chance to win here, but really, this category could go any way.

“Judas and the Black Messiah”

“The Trial of the Chicago 7”

This one seems to have a clear cut winner, “Nomadland.” It is not my personal favorite, and I would prefer almost any other movie to win over this one (except for Mank), but the Oscars don’t care too much about what I want. “Nomadland” has been taking the Best Picture award at almost any awards show that has that category, and I don’t expect it to stop here.

Should Win: (My top 3) “The Trial of the Chicago 7”/ “Judas and the Black Messiah”/ “Promising Young Woman”