Performative Activism: while you stream and scroll 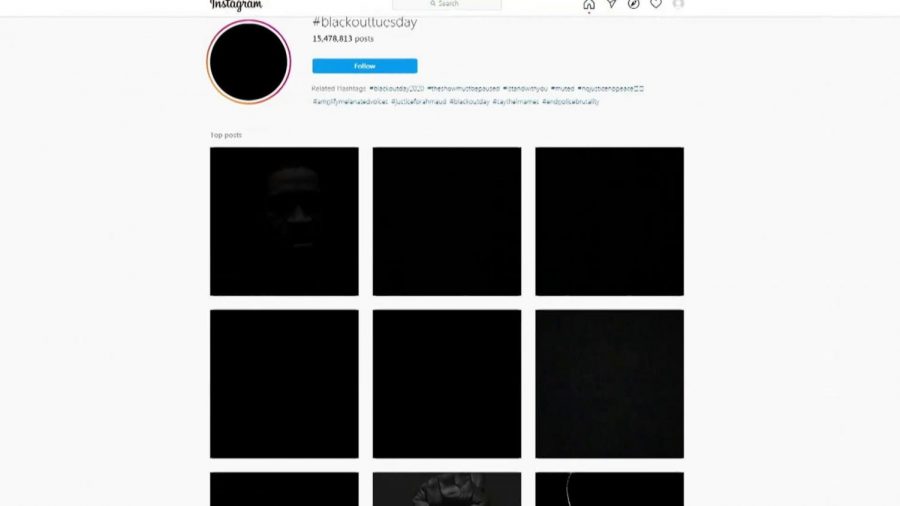 Activism is the tool for people not in positions of government power to make social change. There is no one way to create lasting change and therefore activism isn’t confined to one definition.  Activism has played such a vital role in getting to the demands for change we see today. During the civil rights movement, when one would think of activism, they would probably think of protests or going on strike, but with social media’s ever-growing presence in our lives, activism has taken many new forms.

The point of social media is to spread any information to anyone as fast as possible. This process helps and harms social activism alike. With the press of a button you can retweet and repost no matter your qualifications nor intent. In terms of activism, this means that Twitter hashtags can turn into movements and  reposting something on your Instagram story, such as a petition, could gain popularity and maybe even traction. Social media platforms are great for promoting activism and spreading awareness about social issues, but they can also alter  historical and important movements into trends by popularizing the ‘look’ of the issue but compromising and simplifying its information. This process of broken telephone allows for the possibility of the original information to be lost or twisted. For example it can occur when information from a news article is condensed into an art piece with  a three sentence caption, it can be viewed and surface level information can be understood but that condensed version of the article is only a fraction of the story and a mere promotion for the article not something to a credit all of your knowledge of the subject to. The art piece with a three sentence caption was created as a promotion with the intention of drawing attention rather than an educational resource.

With limited sustenance and little educational value, something as simple as a hashtag created on Twitter can go viral for all the wrong reasons. When something is popularized, ‘everyone is doing it’ and usually people jump on popular bandwagons as a means to fit the standard. No matter the reasons ‘everyone is doing’ it, actions become made with less intention of awareness and more to fit the standard and follow the current trend whether they are qualified or not.

In June of 2020, when people rallied behind the Black Lives Matter movement, a flood of black squares was posted on Instagram captioned with the hashtag BlackOut Tuesday in solidarity for the lives lost to police violence and systemic racism in the United States. These posts were an example of a way that social media has the power to turn a movement for justice on its side and change it into a trend or an aesthetic. There’s evidence supporting that Blackout Tuesday was a trend because since June, many of the posts were deleted, proving that the movement was not timeless to those treating activism as a means of fitting in. Again, sometimes distinguishing the line between treating an injustice as a trend or a movement people deeply care can be difficult because those bringing awareness to issues  on social media don’t always have the intent of making a difference.

Social media permits people to hide their authentic selves and also their intentions when it comes to posting about a social justice movement. When intentions are to fit in with those who post awareness-bringing content and not to commit themselves to making change when they get off social media, this is called performative activism.

Social media isn’t the only platform guilty of altering movements whether its for personal gain like fitting in or monetary. Television networks like ABC are integrating current events into television shows like “Grey’s Anatomy” and “Station 19.” Along with basing new episodes around important topics of social justice and current events, characters in shows wear masks to promote combating COVID-19, and series are also integrating discussions over microaggressions and discrimination into their plots. During the first episode of Season 17 of “Grey’s Anatomy,” Dr. Zander Perez, played by Zaiver Sinnet,  checked patients into the hospital and directed them to the center that treated patients not ill with COVID-19. One of the men who was about to be helped stated he didn’t want to be treated by a Chinese doctor.  Dr. Perez stood up against this racist request and told him he could walk right back to the parking lot because those types of people and comments would not be tolerated in their hospital. The relevance of this scene can be unpacked in levels between portraying the adversities Chinese Americans doctors face on the front lines by risking their lives as well as combating racism and hate crimes because China is where the corona virus ‘originated’.

Scenes such as the one in “Grey’s Anatomy” bring into question the intent of networks who include discussions of racism and social issues in their shows. When T.V. series write these scenes, there needs to be a character confronting the discriminatory behavior, showing the outright harm of the action/comment that is prevalent in reality: this is the correct way of bringing awareness to an issue. “Grey’s Anatomy’ is a great example of this. .On the other hand, if a show makes a character say a discriminatory comment, and there isn’t another person to prove the harm of their language, awareness isn’t being spread. The show has committed an act that should never be acceptable or done in the first place. If there’s no consequence to the harm done, then the public may take that as a message of encouragement to do the same discriminatory act or make the same comment.

Similar to social media platforms, if TV shows, their networks and franchises don’t do anything besides profit off of recognition of issues affecting certain people, they are tokenizing the issue at hand which can also be considered a form of performative activism since they are not committing to creating change.

In response to an Instagram account created in June of 2020 revealing stories of racism experienced by students and staff in the Olentangy school district called DearOlsd, CARE club was born. CARE is the coalition for anti racist education. The club focuses on recognizing how awareness should properly be brought to the community on social media all while devoting their time to educating people on the issues as well. CARE was initially created by a group of teachers which later went on to find student representatives passionate for what CARE is all about.

Although DearOLSD brought light to situations and issues needing to be addressed, little was done otherwise. The account exposed the stories and experiences which spread awareness of the problem and fragments of these stories were shared to Instagram stories inherently popularizing the account again raising awareness for the issue. Audrey Morris ‘22, a student representative of Care explained her concerns with the account when she first heard about it.

“Just to see it plainly because my friends would send me screenshots, was something I thought was powerful. At the same time my biggest question/concern was what was going to be done from it? It’s one thing to say these things but the fact that are being so vulnerable and are admitting to these things happening, I wanted to know what the response was going to be.” Audrey Morris ’22

The club works to close the gaps in which forms of activism such as DearOlsd failed. The club strives to promote non-performative activism at Liberty. CARE does this by collaborating with the Liberty News Network when they broadcast their informational videos on the announcements and through their Instagram.

CARE is just one example of  projects in the community committed to creating social change encouraging Liberty to be more open when there are conflicts and mindful when in activism because that is the only way for growth to occur. There must be acknowledgement in order for there to be change.