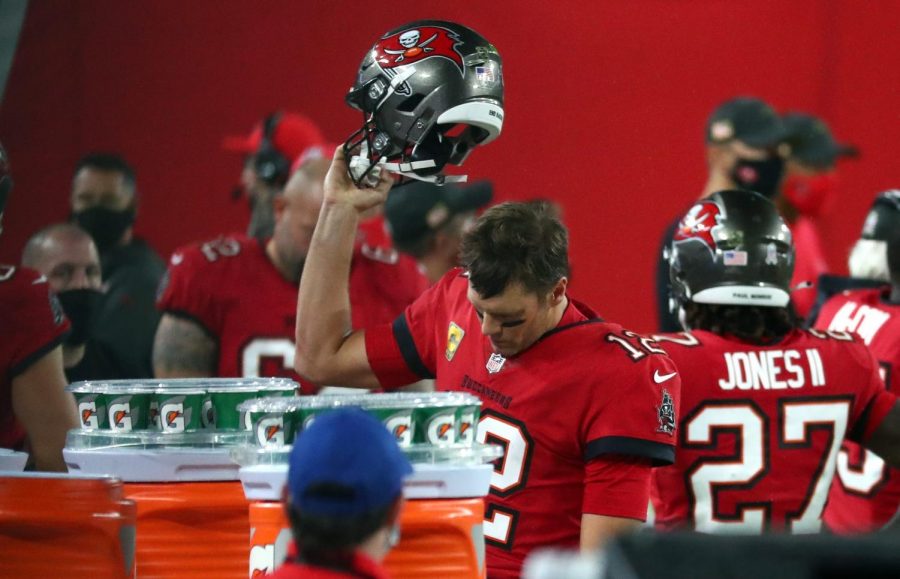 We are now more than halfway through the NFL season, and in the home stretch as we move towards the playoffs. Week nine brought us some of the best games yet, and now we look ahead to week 10.

-The 49ers will finish with a losing record this season.

-The Texans need a secondary.

-Jake Luton might be the starting QB for the Jaguars for the rest of the season.

-If Daniel Jones played Washington every week, he’d be a Hall of Fame QB.

-Despite his poor stats, Alex Smith deserves to win Comeback Player of the Year.

-The Ravens are not Super Bowl contenders.

-The Colts are so confusing.

-The Lions are the most hot and cold team in the NFL.

-The Bears are the worst team with a winning record we’ve seen in a long time.

-Teams are starting to figure out Derrick Henry.

-The Panthers are the best team with a losing record.

-Russell Wilson is starting to fall behind in the MVP race.

-The Bills proved they are Super Bowl contenders, as long as they play on a Sunday.

-Drew Lock can’t get anything done until the fourth quarter.

-The Falcons should’ve fired Dan Quinn in week one.

-The Raiders win important games, but not convincingly.

-The Chargers are ruining Justin Herbert’s chances for the Offensive Rookie of the Year Award.

-The Dolphins might get the seventh seed in the playoffs.

-The Cardinals defense is their Achilles heel.

-The Steelers love to play down to their competition.

-The Saints will win the NFC South.

-Tom Brady had Mike Evans, Chris Godwin, Antonio Brown, Rob Gronkowski, and Leonard Fournette at his disposal, and he didn’t throw a touchdown.

-The Patriots might be a bottom-10 team in the NFL.

Colts vs Titans:
These are the only two teams with a real shot at winning the AFC South, and this is the first time these two will be meeting this year. The Titans have a strong offense and a weak defense, and it’s vice versa for the Colts. I’m going to go with the Titans in this one because of the sheer firepower of the Titans offense, vs the Colts slightly below average offense. The Colts offense just won’t be able to get it done when they need to, and the Titans are at home, so I’ll take the Titans.
Titans Win 24-21

Texans vs Browns:
This game should be a lot of fun to watch, as neither team really has a strong defense and both have fantastic offenses. While I think Texans QB DeShaun Watson will heavily outperform Browns QB Baker Mayfield, the Browns will win the game on the ground with the one-two punch of Nick Chubb and Kareem Hunt. It’s going to be a close game, but I like the Browns’ chances to win it.
Browns Win 31-27

Football Team vs Lions:
Washington is one of the worst teams in the NFL, despite their strong defense. The Lions are one of the most hot and cold teams in the NFL. This game is honestly pretty hard to predict. But, I’m going to go with the Lions, because their offense is so much better than Washington’s offense.
Lions Win 20-13

Buccaneers vs Panthers:
Both of these teams will come into this game angry. Last week, the Buccaneers were blown out by the Saints, and the Panthers lost a close one to the Chiefs. The Buccaneers beat the Panthers with ease when these teams met in week two, and my gut is telling me they’re going to do it again. But, I’m going to ignore my gut and pick the Panthers to win in an upset.
Panthers Win 27-17

Eagles vs Giants:
When these teams last met, it was a close win for the Eagles, and history is bound to repeat itself this week. It’s not too far of a stretch to say that none of the teams in the NFC East are good, but the Eagles are definitely the best of the bunch, and will be able to pull off another win against the Giants.
Eagles Win 23-20

Jaguars vs Packers:
This game is not hard to predict at all. The Packers are going to put up a lot of points on this Jaguars defense, but the Jaguars offense might be able to hold their own in this game. I in no way think the Jaguars have a shot at winning, but both teams could put up a good amount of points.
Packers Win 35-24

Bills vs Cardinals:
This is going to be a great offensive game. The Bills are coming off a statement win against the Seahawks, and the Cardinals are coming off a close loss to the Dolphins. Both these teams are playoff contenders in my mind, so this might just be the game of the week. As much as I would love to pick the Bills, I’m going to take the Cardinals. I don’t really have a concrete reason why, but it’s who I’m picking.
Cardinals Win 35-33

Chargers vs Dolphins:
The Battle of the fifth pick and the sixth pick. Tua vs Herbert. This is going to be a fun game to watch. In my mind, this game will prove who should’ve been selected first. The Chargers have a better offense, but they just can’t win a game as of late. The Dolphins on the other hand, have a solid offense and a very strong defense. I’m going to take the Dolphins to win this one.
Dolphins Win 31-27

Broncos vs Raiders:
The Broncos have fallen out of playoff contention, and the Raiders are trying to make their playoff push. I’ll take the Raiders to win what should be a pretty offense-heavy game.
Raiders Win 28-23

Seahawks vs Rams:
Both of these teams will be looking to prove something in this game. The Seahawks will look to prove they are still Super Bowl contenders and the Rams will be looking to keep their playoff hopes alive. Divisional games are always tough to predict. Honestly, I think the Seahawks are the better team in this game, but I think the Rams will win it. Their offense will be able to get going against this Seattle defense, and the Rams’ defense will be able to slow QB Russell Wilson down when it matters. The Seahawks will have to get back at the Rams the next time these two teams meet.
Rams Win 34-30

Bengals vs Steelers:
I’m going to do something I’ve never done before: I’m going to make two separate predictions for this game. Is it cheating? Maybe. But, in my mind, the outcome of this game rests on the health of one player: Steelers QB Ben Roethlisberger. Roethlisberger was questionable with a knee injury early in the week, and is now on the COVID-19 list. So, if he plays, I think the Steelers should win. If he doesn’t the Bengals will take this one. It won’t be an easy win for either team either way. I will say this: I think this will be the first year in quite a bit of time that the Bengals aren’t swept by the Steelers, whether it’s this game, or their next matchup in Cincinnati, I don’t think the Bengals will lose both.
If Roethlisberger plays: Steelers Win 23-14
If Roethlisberger sits: Bengals Win 20-17

49ers vs Saints:
This could’ve been a great game, if the entire starting roster for the 49ers wasn’t out. The Saints will make easy work of the 49ers and work their way towards the number one seed in the playoffs.
Saints Win 30-20

Ravens vs Patriots:
The Patriots are a shell of their former selves, and the Ravens are one of the better teams in the AFC. The Ravens should win this one easily, and if they don’t there’s something seriously wrong.
Ravens Win 27-17

For some reason, the Bears seem to be Kirk Cousins’ kryptonite. He just can’t beat them. He also can’t win in primetime, so this game can be inked in as a Bears win.
Bears Win 24-13

Those are my week 10 predictions. Agree or disagree? Let me know in the comments! As always, enjoy some football this weekend.