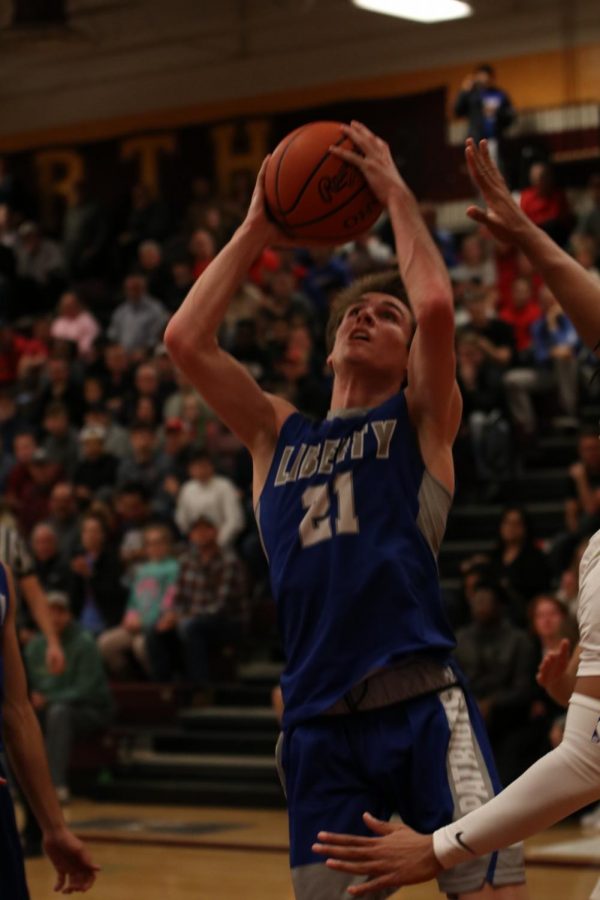 In the third quarter, Worthington did much of the same that they did in the second quarter. The score at the end of the third quarter was 54-31. In the fourth quarter, we saw Liberty get a small second wind, at one point the score difference only being about ten points. But this wind was not enough to push Liberty to a win, losing in the district semifinals 70-50.

Tonight’s top scorers were Henry Hinkle with 17 points and Kal Jayaraman with 12 points.

The boys basketball team had many accomplishments and should be proud of all the work they put in this season. Go Patriots!