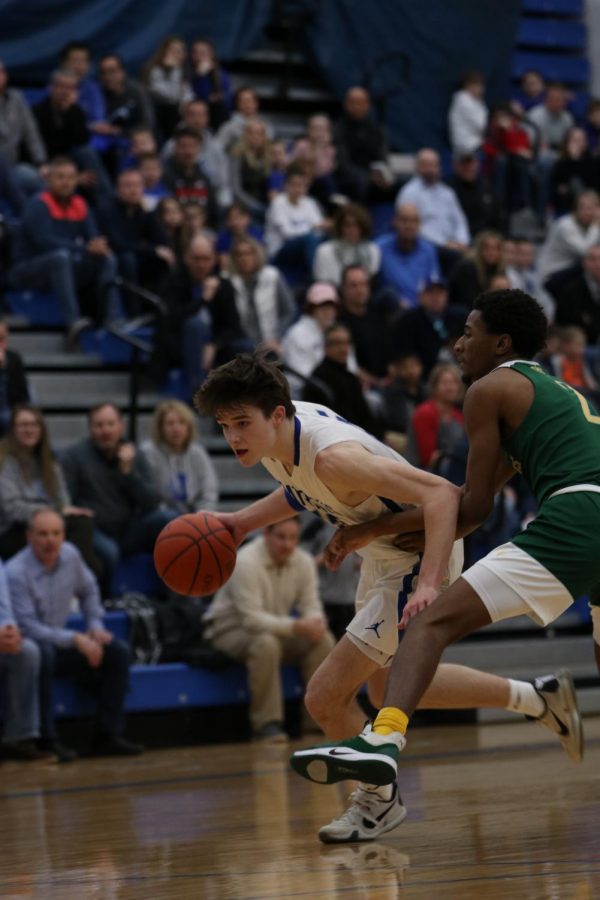 The boys varsity basketball team beat Northland Highschool on Friday, February 28th at home 63-54. The first quarter was a good offensive quarter for Liberty. Liberty scored 13 points, six of them being scored by Ty Foster. Liberty’s defense managed to fend off Northland’s offense, with the final score of the first quarter as 13-9 OLHS. In the second quarter, we saw Northland dig themselves out of the hole they got themselves in, not only catching back up with Liberty but also outscoring Liberty by 7 points. The final score of the second quarter was 26-23 NHS.

The third quarter was very similar to the second. Northland started out the quarter very strong, at one point in the quarter Northland was up by 10 points. But in the final two minutes, Liberty came back to decrease Northland’s lead, with the final score being 44-42 NHS. In the beginning of the fourth quarter, Northland struggled to stay afloat as Liberty came back with outstanding offense and defense. Liberty scored 21 points while Northland only scored 10 points. The final score of the game was 63-54 OLHS.

Tonight’s top scorers were Henry Hinkle with 23 points and Ty Foster with 16 points.

Liberty will play against Thomas Worthington Highschool on March 4th at Westerville North Highschool at 7pm in the District Semifinals, go Patriots!