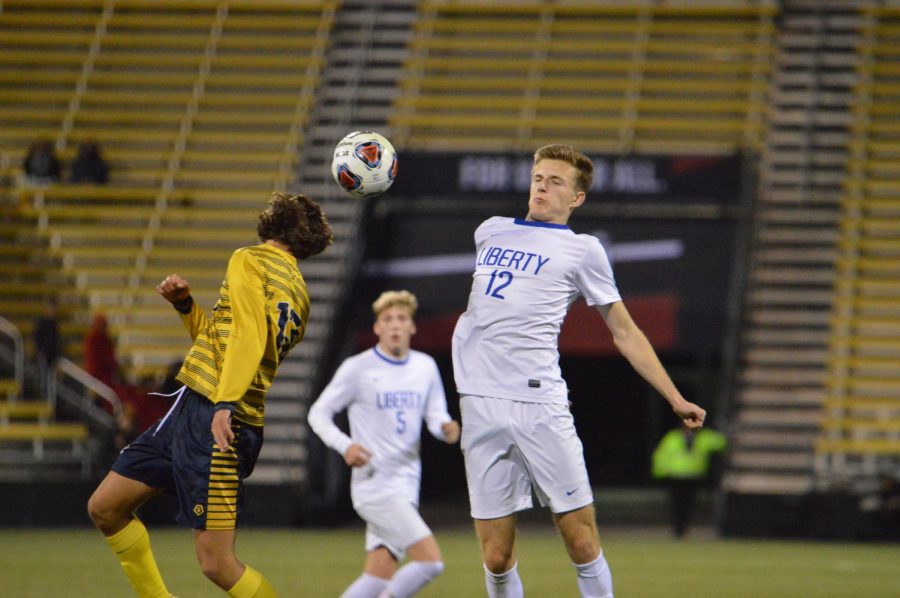 Remember OLHS’ lopsided 5-0 win over Worthington Kilbourne at Olentangy Highschool two weeks ago? The one where the Patriots imposed their will on their opponent, played stifling defense, opportunistic offensive, and generally had their way with Kilbourne? Well, the same thing happened yesterday, November 10th at MAPFRE Stadium, except in reverse, as Liberty were on the wrong end of 4-0 game. The majority of the first 20 minutes of the game were spent at midfield, but Ignatius began to creep up on Liberty’s goal, when they scored with 19:23 left in the first half. Ignatius took control of the game offensively after the first goal, spending most of the game in Liberty’s defensive end of the field, and getting numerous quality shots on goal attempts. Liberty appeared to be headed to half time with just a 1-0 deficit, but Ignatius scored with less than two minutes left to go up 2-0, a lead they would never relinquish.

The second half started with Liberty mounting a charge of their own, generating several shots on goal. Liberty ultimately could not shut down St, Ignatius’ defense, and the frustration started to show as Liberty failed to put any points on the board. Led by 11 Seniors, this team put in tremendous effort this season and should be proud of their accomplishments. Go Patriots!